Boston Has a New Destination: Amsterdam on KLM 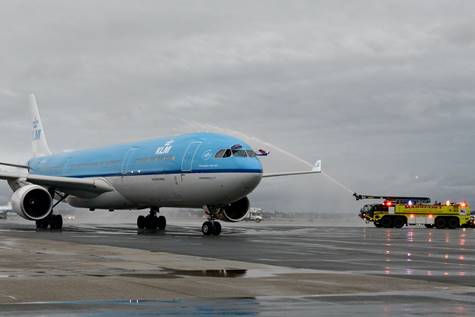 KLM Royal Dutch Airlines yesterday began operating flights to the city of Boston (BOS) in the United States. KLM will operate three flights weekly between Amsterdam and this new destination on the Northeast coast of the United States. Flights will be operated by a recently refurbished Airbus A330-300, offering capacity for 292 passengers.

“By adding a direct KLM service, we offer our customers more options for travel between Boston and Amsterdam, and beyond. Boston is the 17th North-Atlantic destination served directly by KLM,” said KLM President & CEO, Pieter Elbers.

KLM flights from Boston will operate on Wednesdays, Fridays, and Sundays. The Airbus A330-300 flights will have 30 seats in World Business Class, 40 seats in Economy Comfort Class and 222 seats in Economy Class. From July 1, 2019, a fourth weekly flight will be operated on Mondays. The departure and arrival times are as follows:

For almost 100 years, KLM has been a pioneer in the airline industry and is the oldest airline to still be operating under its original name. KLM aims to be the most customer-focused, innovative and efficient airline in Europe, offering reliable service and top-quality products.

KLM carried a record 34.1 million passengers in 2018, offering its passengers direct flights to 165 destinations with a modern fleet of more than 160 aircrafts. The airline employs a workforce of more than 32,000 people worldwide.. In addition to KLM, the KLM Group includes KLM Cityhopper, Transavia and Martinair. The KLM network connects the Netherlands with all the world’s key economic regions and is a powerful engine driving the Netherlands’ economy.