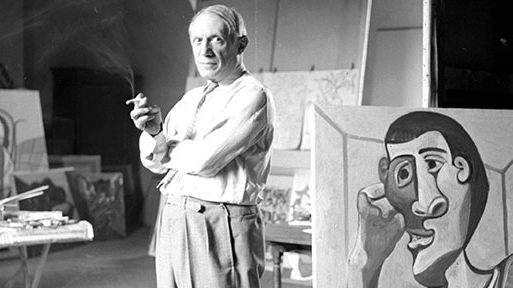 Picasso Exhibit Never Seen Outside of Europe Opening in Louisville

KMAC Museum is opening an exhibition featuring works by one of the most dynamic Spanish painters and sculptors, who is considered one of the greatest and most influential artists of the 20th century. “Picasso: From Antibes to Louisville” opens on Dec. 14.

The exhibition features more than 50 works by Pablo Picasso, including paintings, drawings, lithographs and ceramics that represent the artist from 1931 through 1956. In addition, 20 photographs by Michel Sima documenting the artist’s creative process will also be on display. These works are part of the collection of the Musée Picasso in Antibes, France, and the exhibition is one that has never before been seen outside of Europe.

It will be up for viewing at KMAC, located on Louisville Kentucky’s historic Main Street, through March 22, 2020.

In addition to Picasso, the museum is also opening another exhibition by artist Summer Wheat. Her compositions are built on aluminum mesh screens using pastry bags to push the paint through the mesh crosshairs and create a surface that’s like a deftly woven tapestry.

Wheat’s allegorical still-life paintings show female figures as powerful warriors, healers, explorers, and makers of their own world. It’s on display through April 5, 2020.

“KMAC’s success in putting on these exhibitions is also Louisville’s success,” says Aldy Milliken, Executive Director. “The city has a vibrant and growing arts scene that can attract world-class talent, and KMAC is proud to be part of it.”

Admission to the museum – which will include both exhibitions – is $9 for adults and $6 for seniors (65+) and members of the military. Free for children 18 and under and students with valid ID.   Find out more