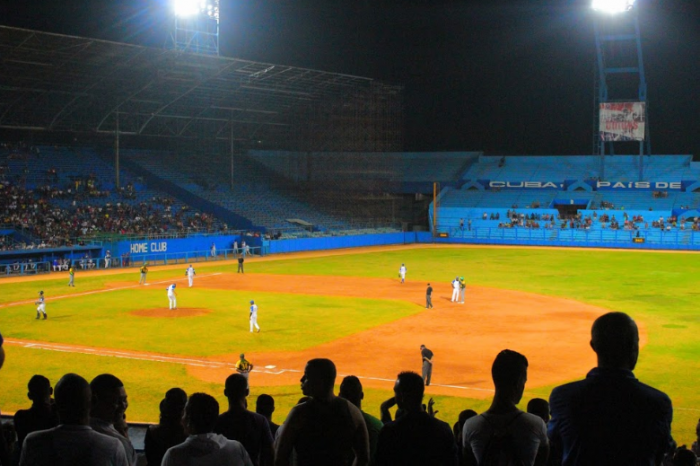 Cuba is famous for many things. Cigars, old shiny American cars, the Castro Brothers, and baseball. This sport is like no other in Havana, and, despite the encroachment of futbol (soccer/football) in recent years, there is still a large fan base of die-hard baseball lovers in Cuba. Many remain deeply in love with the American game and favor it above any other sport.

In recent months, baseball has once again taken the spotlight in Cuba, especially after Obama’s visit to the emblematic Estadio Latinoamericano last March 22, with the purpose of playing witness to a friendly game between Cuba’s national team and US-based Tampa Bay Rays. The American side won on such a special occasion which also marked the first visit of a US president to Cuba in nearly a century.

Cuba’s National Baseball Series are watched and closely followed by millions all over the island, and emotions run high when teams from certain provinces meet up. The high degree of rivalry can be breathed in the atmosphere when attending a match between the capital’s Industriales baseball team and Santiago de Cuba’s team or between Villa Clara and Matanzas.

In more recent years though, Santiago has lost its prestige and a great deal of luck, while instead other teams like Pinar del Rio (Havana’s most serious rival as we speak) have risen to the surface. The Villa Clara team has also stood out over the last few seasons, as has the one from Ciego de Avila and the one from Matanzas in more recent months, all of whom are now presenting themselves as serious contenders for the championship win and breaking the historic Industriales-Santiago monopoly.

In fact, over the last few years Santiago has been down in the dumps and hasn’t even made it to playoffs. And, while we weep for the “santiagueros” during their least lucky years, Cuba’s baseball scene is now all the richer. With much more diversity and more quality teams posing a threat to the historically unbeatable Industriales, the game is less predictive and far more engaging and interesting than ever. Anything could happen, anyone can win and spectators sure benefit from all the action and suspense.

But enough of the background. What’s it actually like to watch a baseball game in Cuba? To enlighten you on the peculiarities of enjoying a match between Cuba’s regional teams from the national series, we met up with Daniel Maldonado, a travel expert from CubaHolidays.co.uk who wrote about attending a game in Havana. Here he shared some insights with us about the Cuban style of baseball playing and what makes it a great evening activity for any visitor or tourist to enjoy during a holiday in Cuba, baseball lover or not (although the latter certainly helps).

First, where are the games played in the city?

The Latinoamericano (latin-american) stadium is located in El Cerro, a neighborhood that’s a reasonable distance from most parts of Havana. If you are staying in El Vedado, or Centro Habana, the stadium is about a 20-minute walk. If in Old Havana, you can take a guagua (local bus) or a maquina (vintage American car serving as a cab) for about fifty cents.

How much does it cost to go to the game?

Tickets can be purchased at the stadium, on a first come first served basis. The maximum capacity of 50,000 people is usually only reached during the playoff season. For Cuban residents, a ticket costs just one Cuban Peso, which is equal to about five cents. For tourists, due to the dual currency, tickets can range from a very reasonable three to five CUCs, equaling three to five US dollars. Seats and bleachers are not assigned to a ticket, so guests can sit and move around freely.