A Return to Israel 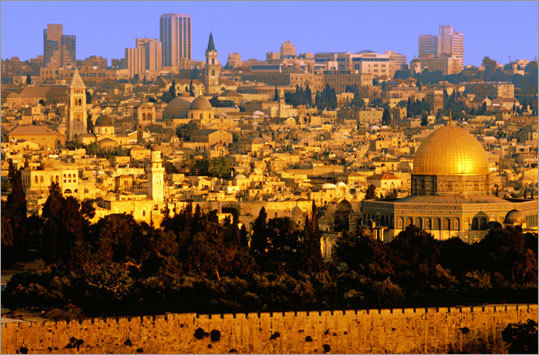 In a new travel article from The Boston Globe, writer Bill Strubbe writes about returning to Israel. Strubbe was traveling to Tel Aviv in 1975 and wound up staying and living on a Kibbutz for four years. In a recount of his old days in Israel and the current visit, he draws a picture of a land with many beauties and treasures. Here’s a piece.

I always know I’m back in my adopted second home by the familiar potpourri of citrus blossoms, bus fumes, and fried falafel wafting on the Mediterranean breeze. It always seems like only yesterday that one jet-lagged, Catholic-raised, bell-bottomed hippie American kid unknowingly checked into a grungy hookers’ hotel in Tel Aviv and ended up living on a kibbutz for four years.

It was 1975 and the Yom Kippur War of two years earlier lingered in collective agony, and Golda Meir, though recently deposed, held sway. Indelible still is the thrill of sitting in the kibbutz dining hall 30 feet away as the legendary matriarch spoke about her life.

Three years have elapsed since my last visit, but on the occasion of the kibbutz’s 70th anniversary, as I drive north to Ein Hashofet, about 12 miles south of Haifa, I quickly pick up where I left off. I reflexively revert to aggressive Israeli driving tactics, sunflower seed husks expertly split between tooth and tongue litter the rental car, and my rusty Hebrew is starting to rev up.

At the kibbutz I catch up with adopted family and friends, get acquainted with new grandchildren at the swimming pool, and bicycle through the impressive gardens (visitors often ask how the kibbutz was able to locate in a park; 70 years ago it was bare dirt and stone). I survey the new residential neighborhood springing up, the two-story houses far outshining the simple one room I once lived in.

You can read the rest of the article at Boston.com