Istanbul: The Bridge Between Europe and Asia 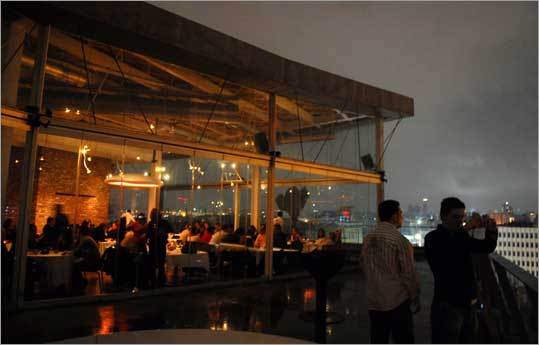 Boston Globe travel writer Tom Haines has contributed a new story about Istanbul, the ancient city that connects Europe and Asia. Istanbul has been at the center of life in the East for thousands of years, and as Haines writes, it’s still a great place to visit today. Here’s a sample from the article.

It may seem odd in such a colossally cosmopolitan city as Istanbul, where architectural riches span centuries, to spend time considering the high art of a restroom designed in the mid-1990s. Indeed, many outsiders arriving amid the urban swath of wood, concrete, and steel spiked with centuries-old minarets and quickly-climbing skyscrapers marvel instead at the sum of it all. One fictional traveler to Istanbul, a character in “The Emigrants,” a book by the late W.G. Sebald, noted in a diary entry soon after arrival: “No one . . . could conceive of such a city. So many different kinds of buildings, so many different greens.”

But decade after decade, one century layering upon the last, the physical identity of this urban axis straddling two continents is constantly being reconsidered, if only bit by bit, piece by piece. So a visitor curious to understand contemporary ideas and influences in Istanbul, to know how the storied city is falling and rising today, should focus on individual elements.

Gokhan Avcioglu, architect: “How can you deal with 5,000 years of history? I’m not afraid of it. I think I’m building a kind of history. I’m human, and I can add something.”

When designing the restroom in the park, Avcioglu, whose firm has created offices, homes, stores, and more in Istanbul and other Turkish cities, wanted to celebrate the traditional role of bathhouses and fountains in Anatolia. He also wanted to create a place with clean, safe facilities that took up less space – something, in other words, that has historical identity, looks nice, and does its job.

Yet the firm, Global Architectural Development, also has an office in New York and incorporates influences from around the world as well as around the Mediterranean: The restroom’s above-ground muted glass and crisp stainless steel borders give passersby quick notice that the subterranean design is working on many levels.

It’s clear that Istanbul still has relevance today, and it’s a great place worth visiting. You can read the rest of the article at Boston.com