A Small Town in Sweden 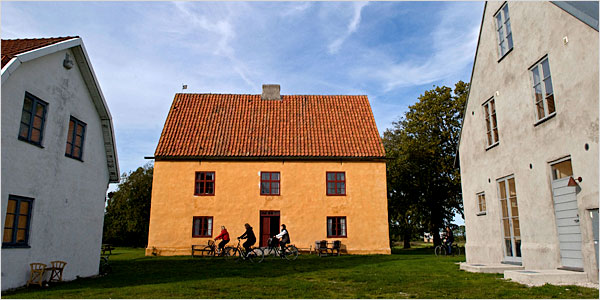 There are many smaller and often forgotten communities that are perfect just the way they are, and if you get to see them, you’re really in for a treat. Danielle Pergament of The New York Times found a community just like that in Sweden, a place that Ingmar Bergman called home. In a new article, Pergament talks about Faro, Sweden. Here’s a clip.

Like Bergman, Faro is remote. Getting to the island, off the eastern coast of Sweden, takes a plane, a train or a bus, a car and two ferries. Which is exactly what made it so appealing to the reclusive Bergman.

If Caprona is the land that time forgot, Faro is the land that time never knew existed. The island has no bank, post office, A.T.M., ambulance, doctor or police force. “We have one school, but it will close,” said Kerstin Kalstrom, a schoolteacher for 38 years. “We just don’t have enough children here.”

On a map, Faro looks as though it snapped off the northern tip of Gotland and is poised to float off to sea. But from my vantage point, over the handlebars of a bicycle, Faro looked more like Storybook Hollow. The land is flat and verdant. It is windswept and rocky along the western edge, soft and sandy on the eastern coastline, with black-and-white cows grazing in lush meadows along the Baltic Sea.

Read the rest of Pergament’s article on NYtimes.com