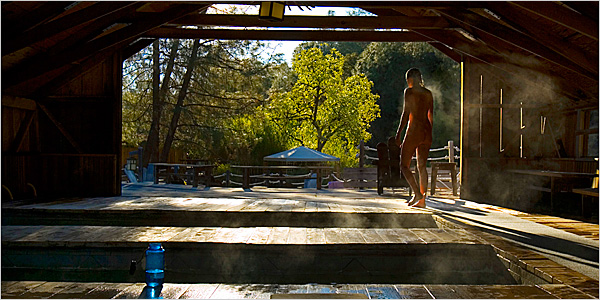 There are many ways to relax and ease the muscles. Gregory Dicum of The New York Times writes in a new article about the relaxing hot spas in northern California. Dicum talks about several key points of the hot spas, as well some of the facts. Here’s a selection.

The promise of ecstatic moments — whether from body treatments or just the soothing nature of the waters — has drawn visitors to Northern California’s natural hot springs since people first discovered them thousands of years ago. The West Coast’s seismic activity provides plenty of opportunities for water to seep deep underground, where it is heated and mineralized before re-emerging, transformed and imbued with seemingly magical properties.

In the latter part of the 19th century, as San Francisco blossomed, the hot springs sprinkled through the Coast Range north of San Francisco Bay — many of which had long been revered by native inhabitants — became popular resorts. Some have been forgotten, but others remain, adhering to the classic formula: a small spa hotel arranged like a campus around the natural spring.

Sampling some of them last spring with my wife, Nina, I found that each has a distinctive flavor, offering visitors different tastes of California rejuvenation.

Harbin, where I surrendered to Jeanric Meller’s embrace in a form of watery bodywork known as Watsu, is a case in point. These springs were used since time immemorial by the Miwoks before a resort was built there during the Civil War. It passed through several incarnations, alternately bustling and declining — notably each of the three times the place burned to the ground.

By the time we visited this spring, Harbin was well into its fourth decade as a New Age center, operated by the nonprofit Heart Consciousness Church.

You can read the rest of the article at NYtimes.com