A Spa in the Czech Republic 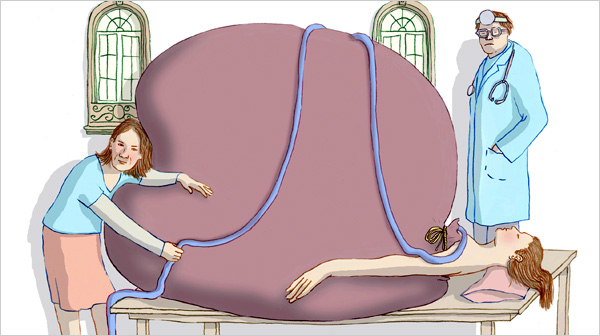 In a new article in The New York Times by Rosslyn Glassman, a trip to the Czech town of Marianske Lazne is explored. The town is famous for spas where kings once went to relax, and Glassman went for a week to see what it was all about. Here’s a sample from the article.

“That is excellent,” he said. “For this I will recommend six mineral baths, six gas baths, three gas injections, three inhalations and three manipulations. You will exercise in the pool and walk three miles a day. You will also go three times to the springs and drink three liters a day.”

Then he pointed the way out of his office.

This was not the treatment I’d imagined when I’d booked a relaxing week at the Czech town of Marianske Lazne. Once known as Marienbad, this spa town was for decades a draw for countless of the celebrated and the royal — among them Goethe, Chopin, Wagner, King Edward VII of Britain and Czar Nicholas II of Russia — who would come to take the waters and enjoy the beautiful surroundings.

My own knowledge was limited to seeing the Alain Resnais film “Last Year at Marienbad,” in which Delphine Seyrig, playing a bored housewife, wanders through corridors of an elegant chateau, wearing designer clothes and trying to remember whether she’d been there the year before.

When booking my stay, I’d rather fancied the idea of drifting through a few corridors and meeting some glamorous people on the way.

On my way down to dinner in what had once been the sumptuous dining room of the Hotel Nove Lazne — built in the 1890s and now modernized to 1970s hideousness — the only residents I encountered seemed to be elderly Russians in shiny track suits and even older East Germans dressed for church. A large buffet arrangement of dumplings, potatoes, cake, cake and more cake awaited.

Marianske Lazne claims to have 40 springs in the immediate vicinity and 100 in the surrounding area. The three most important — Rudolph’s, Caroline’s and the Cross Spring — are pumped into a neo-Classical temple in a lovely park in the center of town, across the road from my hotel.

Read the rest of Glassman’s article at NYtimes.com