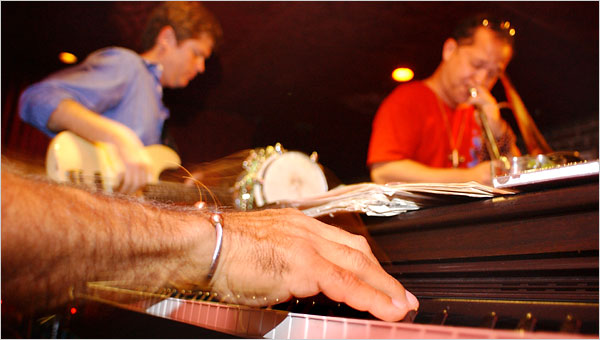 In a new article from The New York Times writer Seth Kugel, a new trend of enjoying Sunday night as a part of the weekend is analyzed. Kugel writes that NYC & Company, the cities tourism agency, has been promoting tourists to stay for Sunday night as well and just take Monday off. Here’s a selection on what to do on Sunday nights.

So all that’s left is to figure out how you’re going to spend the extra evening. Here are some easy ideas: book a reservation in a restaurant like the Union Square Cafe, where it is impossible to get a table before 10 p.m. on Saturdays without performing feats of telephone acrobatics. You have a good shot at a 7:30 table on Sunday by calling just a few days in advance. You’ll also find much better seats for the handful of Broadway shows that have Sunday evening performances (“Avenue Q,” “The Color Purple” or “The 25th Annual Putnam County Spelling Bee,” for example). Or just enjoy the city’s more relaxed, just-between-us-New Yorkers feeling that is absent on busy Friday and Saturday night.

There are also deals and events you’ll find only on Sunday. Zarela, in Midtown, one of the first upscale Mexican places to open in New York (in 1987), has a long-running Sunday prix fixe dinner whose price seems out of the ’80s as well. The $20 three-course meal, including wine, changes seasonally and might include cochinita pibil (a pork dish from the Yucatán) or other Mexican regional cuisines. The décor is not modern or slick, but the place, like Zarela Martinez, is about honest food, not hip imagery. (To wit: the featured video on zarela.com features the owner showing how to render lard.)

And Aroma, a wine bar and Italian restaurant in a small space with 24 seats wedged into East Third Street, has a $25 prix fixe, with live Spanish and South American guitar and a menu that can change slightly every Sunday (hope the zucchini parmigiana and Sicilian meatloaf stick around). See if you can reserve one of the few tables in the back (not that there are that many tables in the front); it’s cozy, less busy, and romantic, with views of the wall of the building next door. Hey, this is dinner in New York for $25 — don’t complain.

Read the rest of Kugel’s article at NYtimes.com