See More in the South End 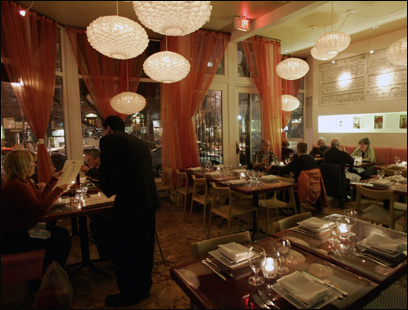 In a new article from The Boston Globe, writer Necee Regis writes about the South End in Boston becoming a new hot spot. Though the South End is known to have negative connotations from the past, the city has been cleaning up its image in the last few years. Here’s a selection.

First, it’s hard to define the South End’s boundaries. They keep expanding. Basically, the South End extends from Massachusetts Avenue on the west to Berkeley Street on the east; the northern border is Columbus Avenue, the southern, Harrison Avenue. But with all the growth and development along the fringes, what is referred to as the “South End” now creeps outside these borders.

And then there’s the area south of Washington Street – technically the South End – that has branded itself “SoWa,” a district that’s filled with art studios and galleries, new condos, and restaurants opening as enthusiastically as crocuses in the spring. (We’ll leave that for another story.)

Second, the South End, in real estate parlance, is hot. In the past 25 years the neighborhood – with the largest district of Victorian brick row houses listed on the National Register of Historic Places in the United States – has become a magnet for creativity in the arts, theater, and fine cuisine. Yet for all its big-city trappings, the South End remains a neighborhood at heart, where residents know each other’s names, as well of the names of their children and pets.

You can read the entire article at Boston.com