A Guide to São Paulo 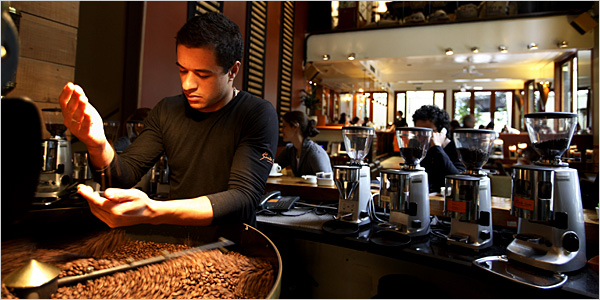 Brazil has many beautiful locations, and though some of the cities might seem a bit dangerous to travelers, Seth Kugel of The New York Times writes that there is plenty for you to do in the city of São Paulo while staying safe. Kugel writes,

IT may be the ugliest, most dangerous city you’ll ever love. Gray high-rises stretch to the horizon, graffiti blankets downtown, where those who can afford it drive bulletproof cars, and power lines form a wire mesh that seems to block out the sun. But São Paulo, Brazil‘s biggest and most modern city, also has plenty of flair. Sip caipirinhas at a glamorous bar surrounded by the city’s upper crust, accessorized with $10,000 Panerai watches on one arm and a fashion model on the other. Shop at obscenely luxurious stores like Daslu, a boutique so exclusive that customers often arrive by helicopter. Or sit in a cafe on Oscar Freire Street and watch the rich and the beautiful pass by.

Get downtown before rush hour and head to Luz, a once-drug-infested neighborhood that has been spruced up. Swing through the Estação da Luz (Praça da Luz, 1), a late-19th-century train station that has been beautifully renovated, before strolling through the Praça da Luz, a palm-lined garden where bands play sertanejo music (Brazilian country tunes) from a gazebo-like bandstand. Fanciful sculptures dot the lush grounds. Among them are the coconut-size beaded necklaces by the Brazilian artist Lygia Reinach that are draped across trees like moss. If you want more Brazilian art, head inside the Pinacoteca do Estado (Praça da Luz, 2; 55-11-3324-1000), a gorgeously restored museum that features some of the country’s best artists.

Read the rest of the article on NYtimes.com